I was born in a coffin.

Or so some people believe. People who know me and can find no other explanation for why I am the way I am. I can’t be a hundred percent certain this claim is untrue. I’m sure the coffin was a very cozy one, made of fragrant wood with hieroglyphic inscriptions traced in Egyptian blue.

It wouldn’t surprise me, having spent most of my childhood between museums and excavation sites. They were my home, my sources of education, entertainment, horror and delight. I helped record mummy bones when I was nine and struggled through my French homework in the open court of an ancient Egyptian tomb when I was thirteen. Every day after school, I’d walk to the Metropolitan Museum of Art in New York, to relax in the company of the ancient monsters that filled its galleries. Assyrian lumasi, Japanese demons, many-armed Hindu gods and mythic creatures of every variety.

In their company I gained some useful life skills, found my closest friends, my first pets, my mentors and my love interests. I suspect I may have become one of them in the process. 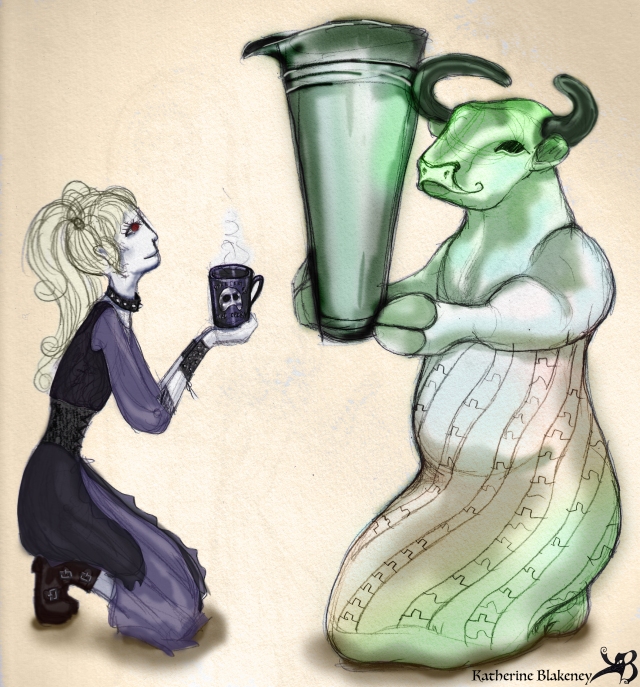 There’s no other way to say it – I’m a dig brat. Though I’ve gained professional degrees in both the making and history of art, I can’t bring myself to see art and archaeology as professions or hobbies. They’re a way of life. They’ve fused inexorably with my DNA and it’s too late to seek a cure now.

The good news is, my terrible affliction has given me superpowers! It’s made me archaeovoyant.

Allow me to explain.
Some unfortunates see dead people. Some foresee the horrors of the future. Others can move objects with their mind. I see archaeology. Everywhere. My mental tentacles absorb it from every aspect of life, nature and popular culture. Whether the archaeological element is intentional or non-diegetic, little red lights ignite behind my eyes and a beeping sounds deep in my inner ear until I discover the cause. 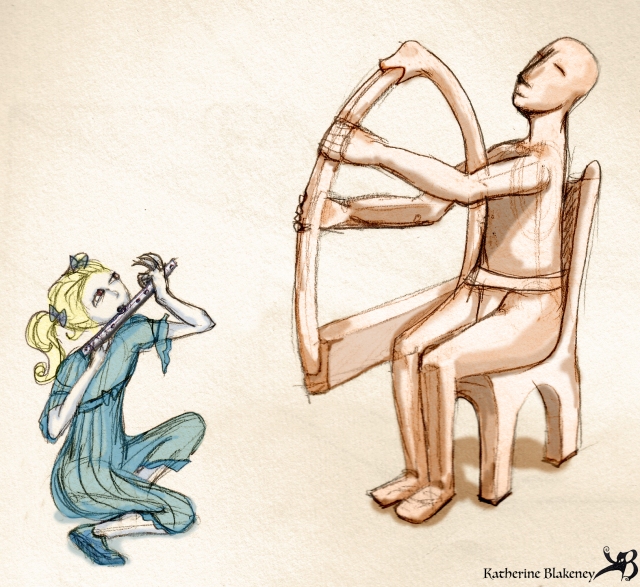 And that’s why I started this blog.

I won’t be teaching you how to diagram the location of a find on a top plan or how to discover a lost tomb crammed with golden statues. An archaeological textbook will help you with the former and a harsh reality check with the latter.

I won’t be judging the veracity of cultural representations of archaeology. Here’s a revelation – they’re all wrong. I’ve been working on a real dig since I was nine. Yes, being an archaeologist is tough. Yes, it takes an obscene amount of education. Yes, it involves long hours of completing meticulous and unromantic tasks such as counting thousands of beads by hand. I’m also a filmmaker and film historian and appreciate that no one wants to see this in a thrilling adventure film. Neither do I, because on the best days archaeology can be every bit as exciting, romantic and breathtaking as you imagine. There’s nothing wrong with admitting that.

I also won’t be restricting myself to topics that fall under terms such as “Egyptomania” or “Archaeomania.” They don’t even begin to cover my twisted relationship with archaeology.

In short, this blog isn’t about archaeology. It’s about Gothic novels and children’s picture books, about popular TV shows and eighteenth-century poetry, about action films, animation, cartoons and science fiction stories, computer science, cookbooks, board games, fashion, costume jewelry and pencil cases shaped like sarcophagi. It’s about every seemingly random thing that tickles my archaeo-senses and that I hope will appeal to my fellow archaeovoyeurs.

I invite you to venture into my treasure trove and view the results of my scavenging. In time, I hope you’ll share some of your treasures in return.

5 thoughts on “Birth of an Archaeovoyeur”

Find Me On Social Media